It probably sounds like a broken record by now, but good riddance 2020! I have a lot to be thankful for, but on the flip side this has been a really trying year for me personally, and I’m sure many of you out there. This has affected my Big Four painting output, so I’ll be using the new year to get back on track. There was some assembly and painting going on in the background, but here is the only platoon I manage to complete for my Americans; some M12’s.

The painting project from the year I am most proud of is my WWIII: Soviet army. This was done very quickly by my standards, but it turned out well and gave me almost 150 points. Although it’s not my Big Four army, I’m still calling it a win for this year.

I have big plans for the first half of 2021. It’s no surprise that Bulge: American will be released next year, and I’m currently doing the graphic design and photography for it. Of course in my downtime there’s been some list noodling, and I’ve come up with a bit of a shopping list of what I’d paint from the new book, and what I still need to tick off from D-Day. 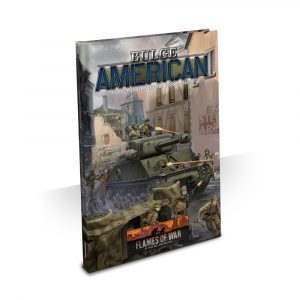 I’m excited about this list, as they’re all new plastics and just so cool. I should give me a solid core to build many different lists with. The Easy Eight is one of my favourite tanks, and I know the Hellcats will be popular. I think American players will get a kick out of the new book.

See you all next year and I hope you stay safe over the holidays.