Three and a half years ago when this project started I never would have expected that it would have gone as far as it has, and for that I am truly grateful.

Looking back at my first couple of posts talking about building a Sherman Company it is awesome to look at how the force has developed with the release of Bulge: British and whilst some things have stayed the same, some have changed!

The biggest change is also the most obvious – two Firefly tanks per platoon really enhances the killing power of each unit and really makes each platoon more of a threat. The downside is that by adding the extra Firefly tanks (and going to AT 15) I have had to remove one of my go-to units, the M10s. But I feel like I am not going to miss them as much (time will tell).

Looking at it arrayed like this gives me a few ideas for lists that I want to run and I am very excited to get the Shermans on the table again. The only downside is that they are competing with all the other shiny new models I have recently painted!

First up is my “Shermans All Day” list where I focus on a single Formation with as many in-Formation units as possible. This should make it durable on the tabletop whilst still having all the tools to do what is needed (Spearhead, AA, high AT etc). 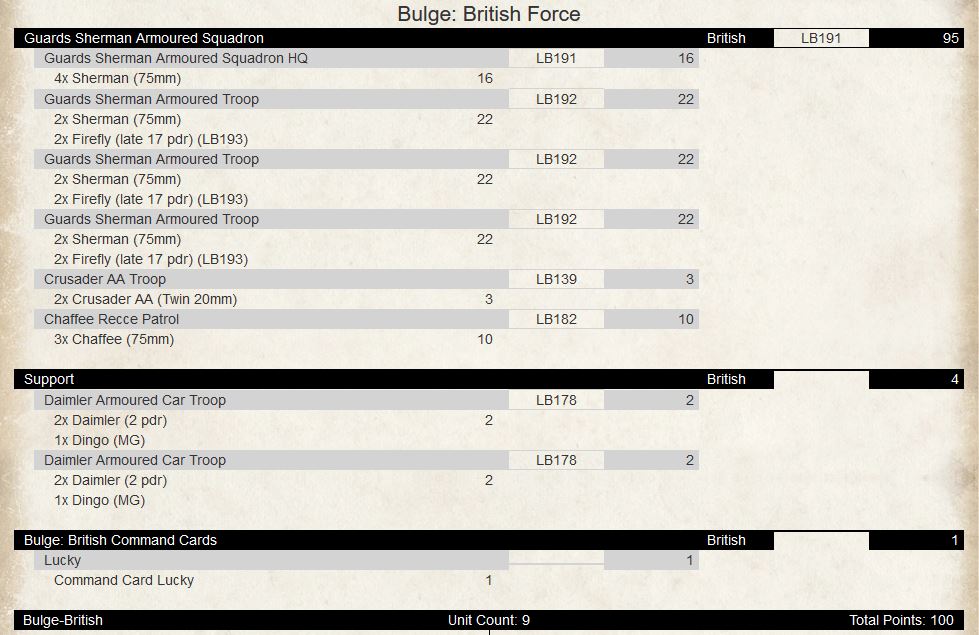 Having Platoons of four tanks are just that much more resilient than units of three and my previous experiences with this force really rammed that home as enemies only had to knock out two tanks to really remove the unit as a threat – either the Firefly was gone, or it was all by itself, and either way it was testing to stay on the table. Four tanks gives a little more redundancy inside each unit.

The second list I am keen to try is an evolution of my recon support force (how I love Daimlers and Dingos!) and removes a platoon of tanks (including 2 Firefly tanks) but adds an entire Recon Formation with a nice mix of models – infantry, mortars, and a lot of “fast-shooty-stuff” that should enhance the army when playing against more balanced enemy forces. 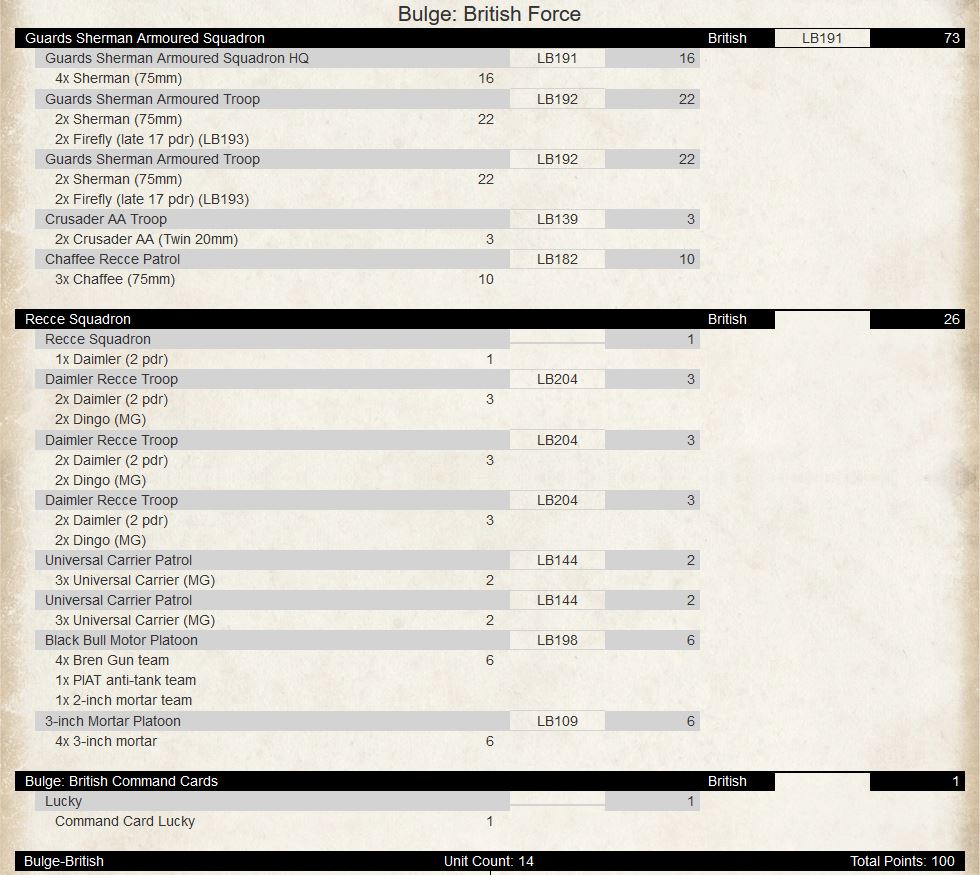