Over the past few months I have been clearing out a few projects that have been lingering on my painting desk, trying to make some space for some upcoming plans. One of the projects that has been weighing heavily on my mind is my Romanian force from Bagration: Axis Allies. Thanks to all sorts of disruptions this year around the world and with our factory in Malaysia the army only got so far before everything ground to a halt. This resulted in the last two units (the aircraft and infantry) sitting on the side of my desk or a seafreight container in the Pacific ocean.

Thankfully one of those two units has finally made the leap from painting desk to the tabletop..

Originally I was only going to paint a unit of HS-129’s, they are cheaper after all, but I decided to paint a pair of Stukas as well since four planes doesn’t take that much longer to paint than two. It also gives me an option for aircraft with bombs…

whilst the HS-129s are my cannon option. They are also such wierd looking aircraft (compared with other WW2 planes) that I just had to have them.

I also tried something new by flocking up the flight stand bases, and making a set of tall stands for the Stukas (since they are dive bombing) and short stands for the HS-129s (for those low cannon passes).

I chose a simple two colour scheme with a dark green and light green, along with the iconic King Michael’s Crosses and yellow fuselage bands. The crosses help to make them look a little less German. 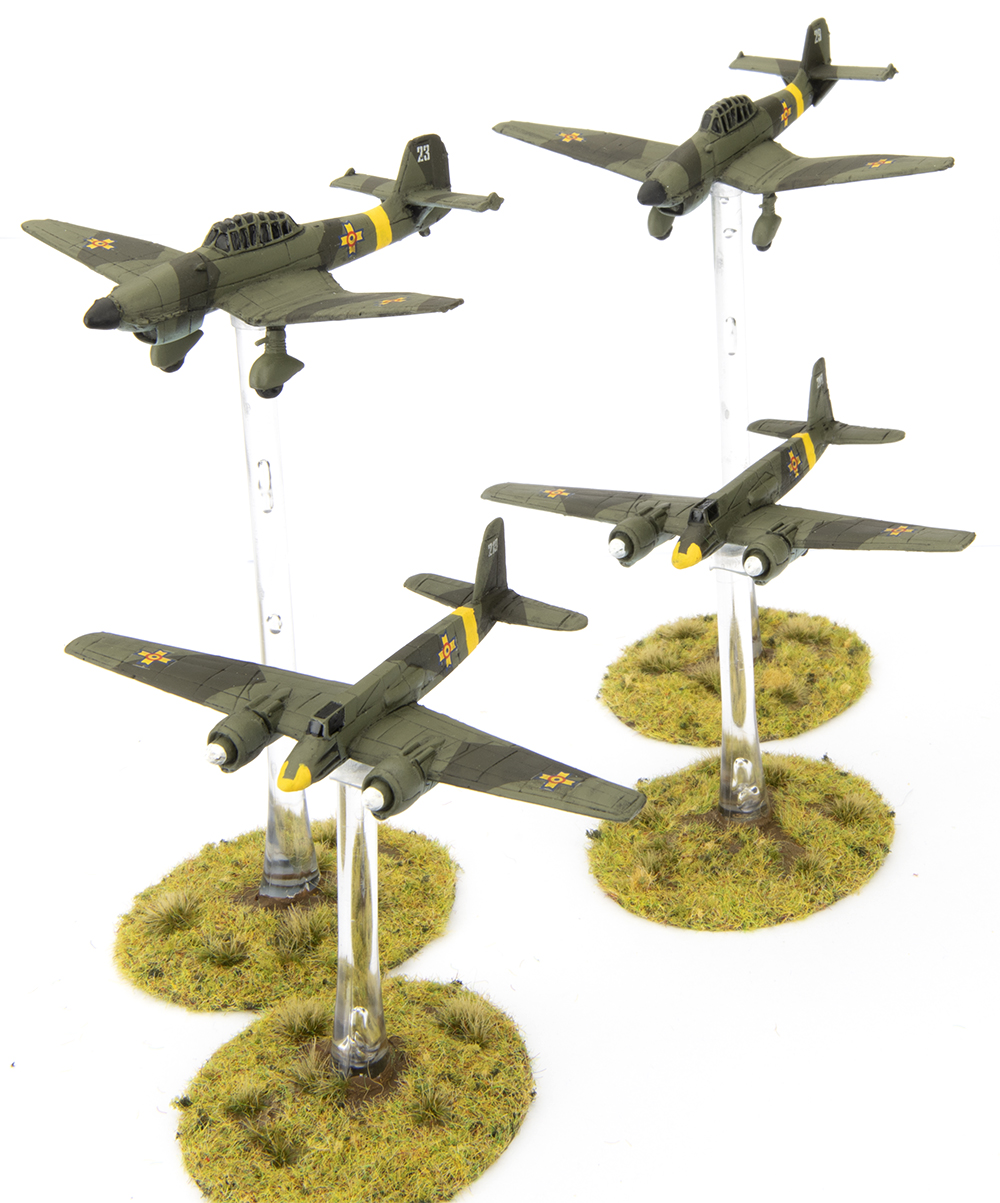 I’m not entirely happy with how the planes came out in the end and there are definitely some things I would do differently if I were to paint them again. However I am putting them in the win column as they are done and they provide a really interesting unit to the army.