I’ve been taking a break from painting Winter Soviets as I burnt myself out getting my army ready for the Panzerschreck tournament earlier this year.

With Bulge: American hitting the shelves shortly Victor started making comments suggesting that I’d taken a long enough break and that if I wasn’t going to paint any more Soviets in the short term, that I had to start a new Winter themed American army.

I wasn’t convinced that I wanted to jump into a new winter army… but Victor surprised me the other day by posting on Instagram to ask the community if I should do it… and the next thing you know is I’ve been convinced to start a new army. 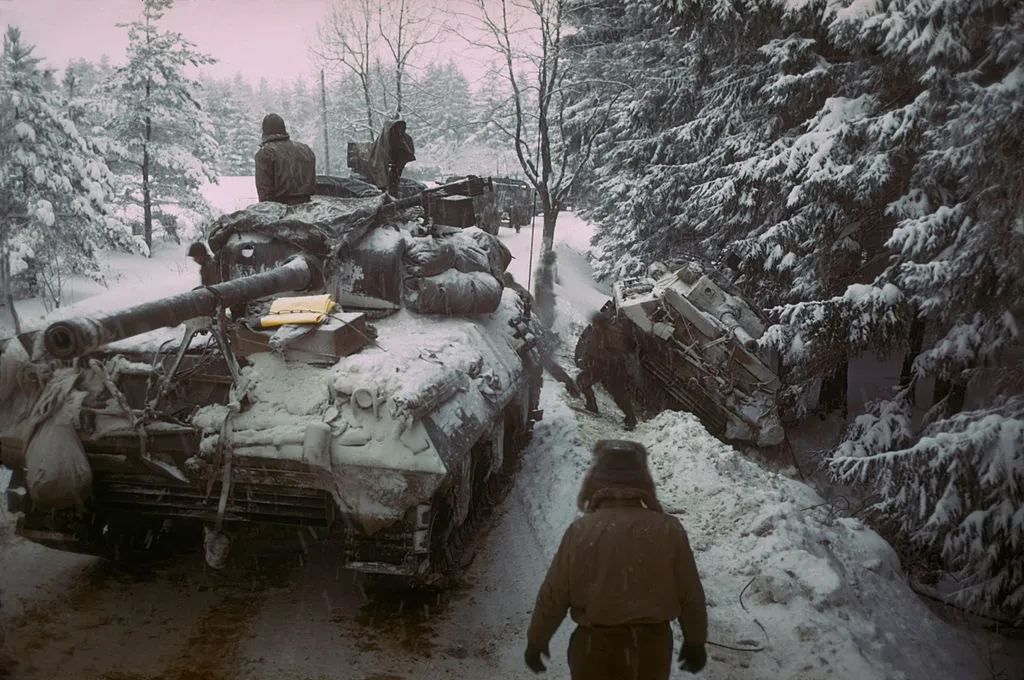 The List
Since Victor instigated this new army, and is the American expert in the Big Four, I asked him to design me a 100 point single formation list that maximises the number of new models while keeping the overall model count low. Here’s what he came up with:

I think the list is quite solid, and I’ll be able to paint up all of the extra turrets for the M4 Sherman and Jumbo tanks to give me a few options.

The Painting
Like my winter Soviets, this isn’t the first time I’ve attempted to paint an American winter themed force. The last time was many years ago during a 24 hour painting challenge, where I really wasn’t happy with the results…the basecoat was too dark and the whitewash went on too thick.

For this army I’m going to take my time and do it properly. There aren’t that many photos of whitewashed American tanks around, but one thing I am going to do is paint one of the Jumbos up as Cobra King, First In Bastogne.

Like my Soviets I’m going to be going for quite a work whitewash look, and am particularly inspired by Cody Kwok’s larger scale Thunderbolt VI.