My American army is growing nicely and I have a few unit options now for list building. To add something new to the arsenal I decided to complete some air support; a pair of P-47 Thunderbolts!

As with most historical painting projects I tackle, I first spend a lot of time in Google image search. I hadn’t looked into American WW2 aircraft much before, and only really had the Flames Of War box cover examples to go by. I wanted to see what else was out there, and found quite a few examples with a simple yellow canard and not many other markings. 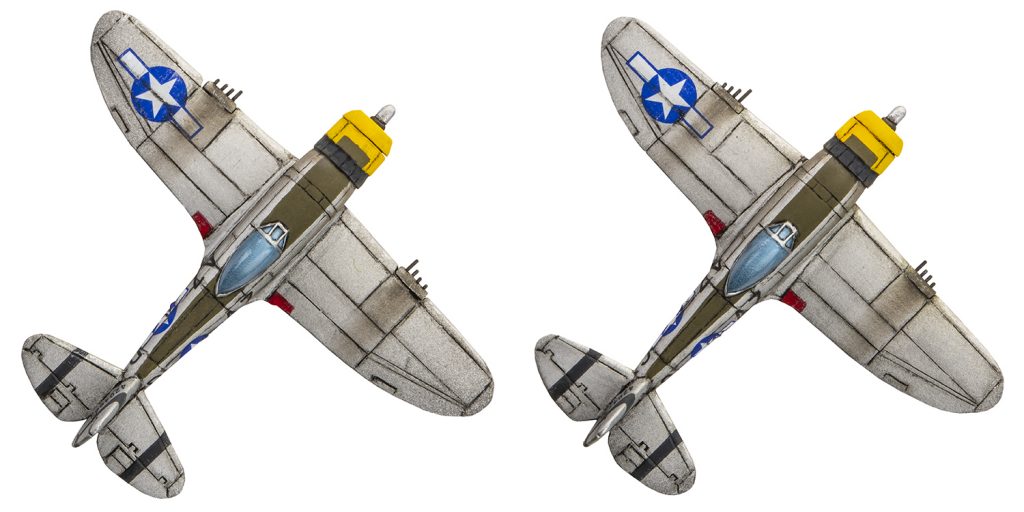 I liked the bare metal look which made these a nice break from painting olive drab vehicles.

I did however learn that the anti reflective strip down the top of the fuselage was sometimes olive drab instead of black, so this was a nice way of tying them in to the rest of my force.

I’ve never used aircraft in a game before so I’m looking forward to trying them out and seeing if they can help me deal with those pesky Tigers!