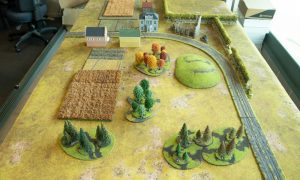 With the completion of Wayne’s first 100 points, Wayne and Victor thought they would have a game to celebrate another Big Four of Late-war army passing the 100 point mark and the release of D-Day: German.

Victor took a modified version of his US force he took against Casey on the release of D-Day: American. Wayne took his Panzer IV Tank Company. 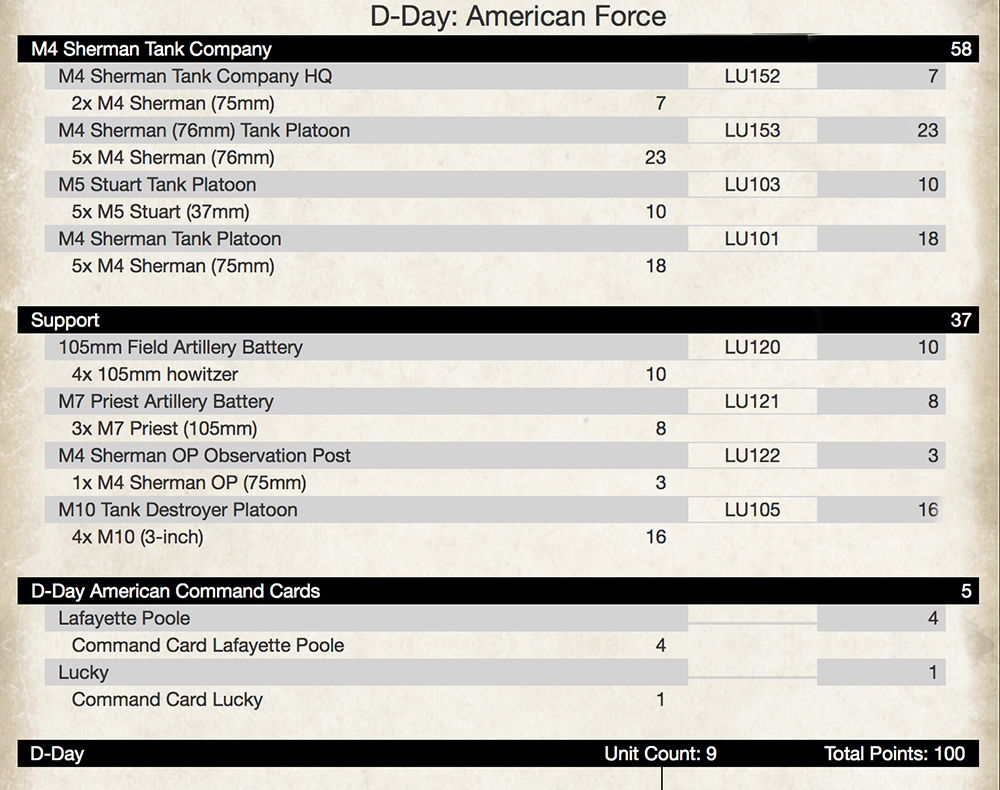 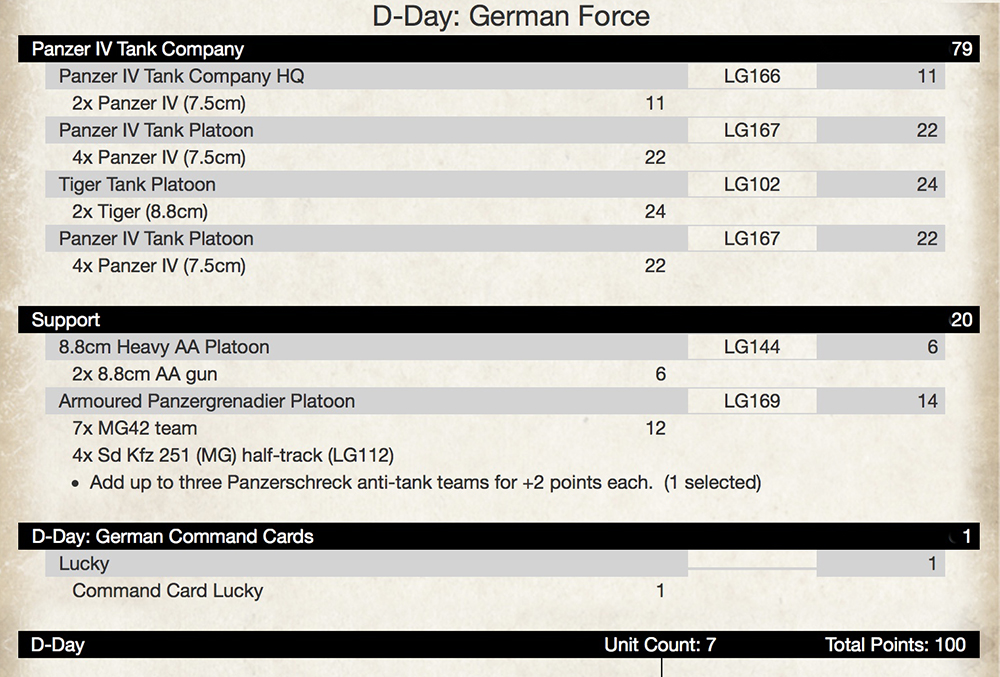 They decided to play Free-for-All. Victor started deployment and Wayne won the dice off to see who goes first. Deployment was evenly spread, with both players concentrating their tank units on the forested side of the battlefield.

Turn 1:  The first turn saw Wayne push his Panzer IV platoons forward to engage the M10s and Shermans, but with only moving ROF just one Sherman was destroyed. Victor’s retaliation was swift and deadly three Panzer IVs were destroyed and one bailed out, all from flank platoon.

Turn 2:  The morale of the devastated Panzer IV platoon didn’t hold, and despite the last tank remounting, their Last Stand roll wasn’t so successful and he beat as hasty retreat. However, Wayne “88” began engaging the M4 Shermans on the hill knocking out two tanks. The last Panzer IV Platoon and the Tiger concentrated their fire on the M10 platoon which had advanced from behind the forest, destroying one and bailing out another. The HQ Panzer IVs knocked another two Shermans on the hill.

Victor returned fire on the flank, but only managed to destroy a single Panzer IV in the forest to the front of the M10s. On the other flank the M5 Stuart Tank Platoon pushed up and began machine-gunning the Panzergrenadier who had dismounted near the 88s and the objective. Despite massive firepower (25 MG dice), they only managed to kill the one team after on scoring four hits! Meanwhile, Victor’s artillery has been ineffectually peppering the Panzergrenadiers and 88s. 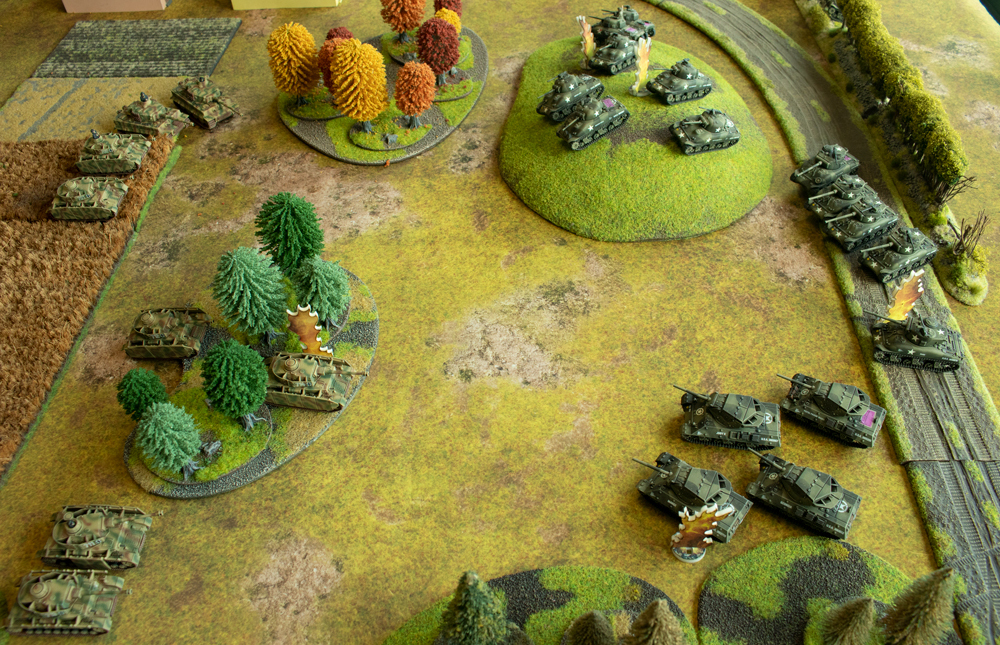 Turn 3: The Stuart had done enough to attract the attention of one of the 88s, it swung around and destroyed two Stuarts. The other 88 took aim at the American HQ Shermans who had also moved to the hill and knocked out one tank. The Tigers and Panzer IV Platoon concentrated on the M10 tank destroyers, knocking out all but one. The HQ fired on the last M4 Sherman Tank Platoon tank on the hill, but failed to hit it. 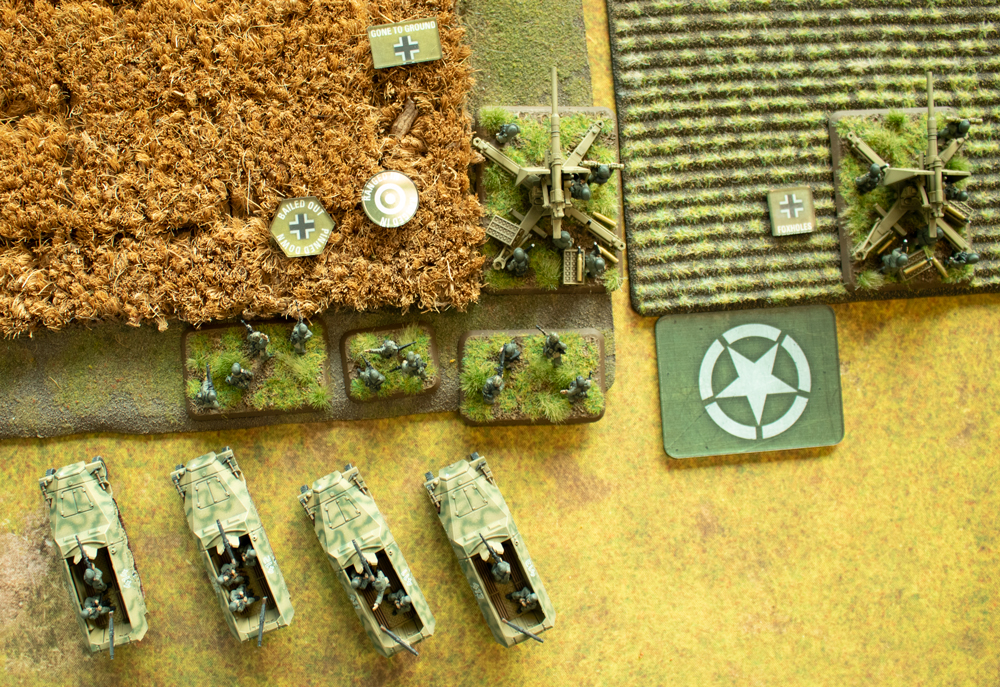 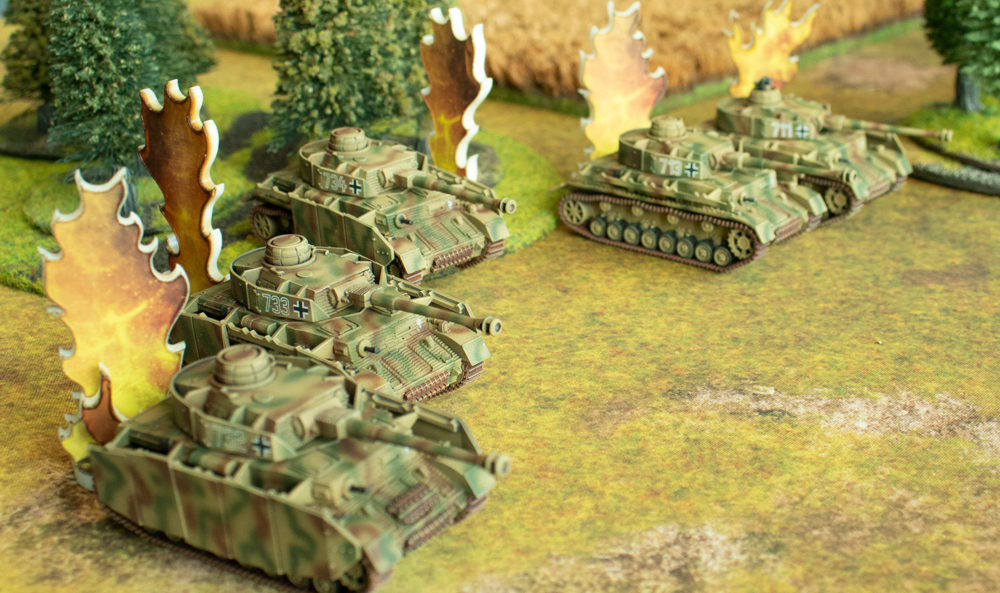 Victor managed to pass the Last Stand for his M4 Sherman Tank Platoon, but failed for his M10s. Re-ranging in both his batteries he managed to knock out three more Panzergrenadier teams, then destroyed one more with his Stuarts. His 76mm Shermans destroyed two more Panzer IVs. 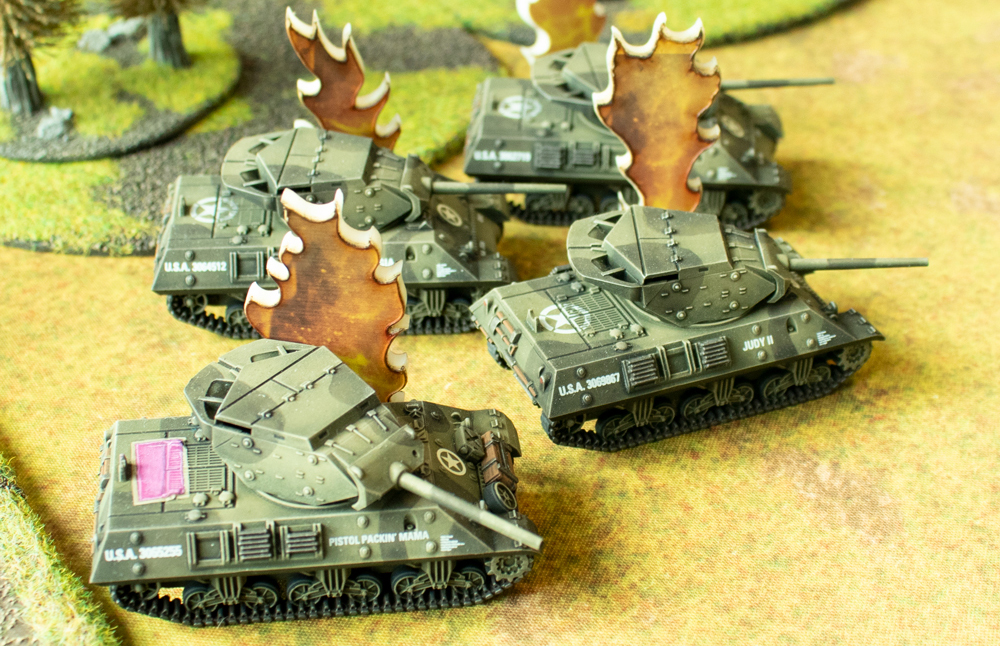 Turn 4: With only one Panzer IV left the second platoon also failed last stand and quit the field. The Panzergrenadiers also gave up. The 88s killed two more Stuart and bailed out American commander. The Tigers continued to fire at the 76mm Shermans, destroyed one and bailed two. The HQ took a long range snipe at the Sherman OP and the last stubborn Sherman on the hill.

Victor remounted his 76mm Shermans, but the Stuart ran off. The repeat bombardment on one 88 had no effect. However, on the other flank the game was one. Wayne failed to save two 76mm hits on the Tigers and Victor made the Firepower rolls. With only the HQ left in Wayne’s formation they are not in Good Spirit and are destroyed. 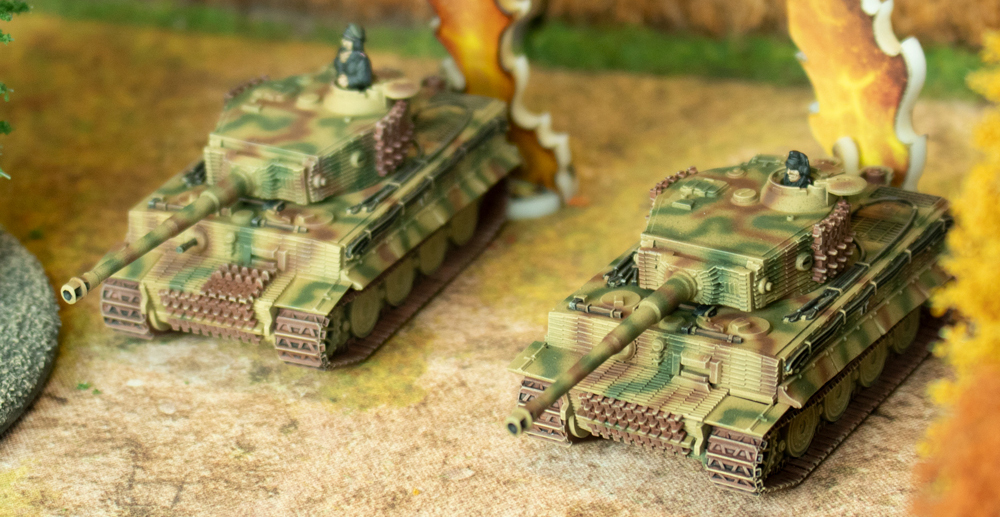 A Victory to Victor.