Everyone likes the classic Sherman tank in its olive drab glory. When I first started this journey, I was imagining hordes of plain green vehicles, and I would’ve been totally happy with that. But then I had to go and research didn’t I?…

While it’s not as prolific as what the Germans were doing, the Americans started to use camo on their vehicles during Operation Overlord. A quick Google search turned up some good examples, whilst in other photos it’s sometimes hard to tell if there is camo or not as in black in white the two paints have similar values. Here’s the best examples I could find.

While trying to find more detail, I found this piece of text from an AK Interactive book called “Colors Of WWII”, which I think tells a cool story of how it came about.

This also led me to the names of Field Manuals which I proceeded to hunt down scanned copies of (click on each of these images below for larger versions). 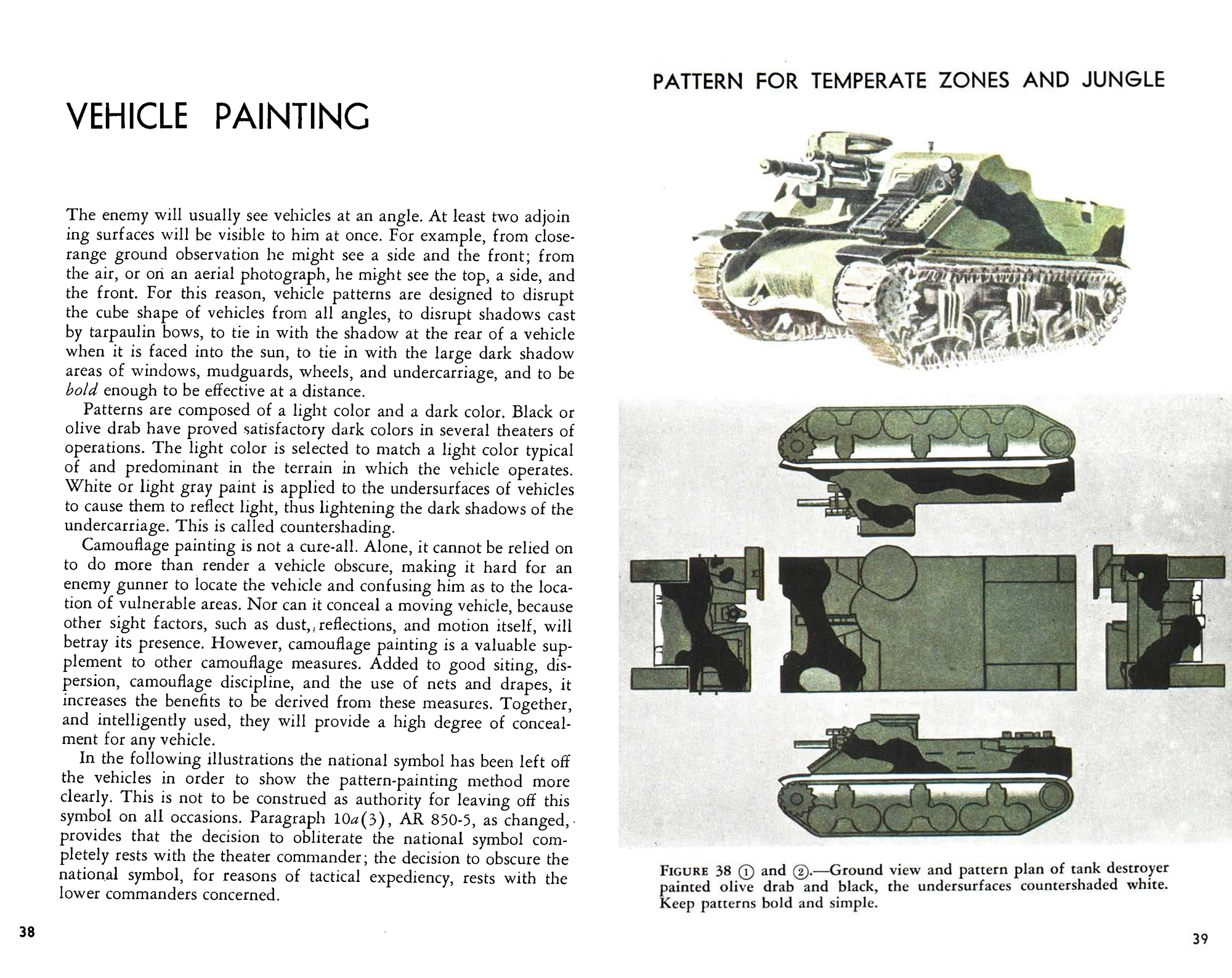 Inside these were brief instructions, guides and templates for crew to use to apply the camo; exactly the kind of info I was looking for!

There’s still much debate as to whether the practice of applying camo continued much beyond the breakout of Normandy, but I don’t think it’s too much of a stretch to assume some keen commanders kept it up as vehicles got replaced in their companies. 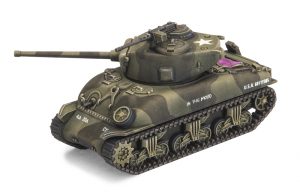 With all this in mind, and since I was pleased with how my test Sherman turned out, I’ve decided to commit to doing camo across the whole army. It should make my force look a little unique but there’s also historical justification for it which is important to me.

Soon I’ll have my first platoon of Sherman’s finished and then I’ll have a real sense of how the camo looks across a bunch of tanks.