Wow, what a year! Pretty much sums it up really.

Thinking about the Big Four Of Late War project I’ve both achieved more and less than I expected, which is probably how a lot of us are looking back on the year.

Looking back, I managed to paint quite a lot this year:

Strangely, it is the last item on the list that I am most pleased to have completed this year. I love painting objectives for my armies, even simple ones like these, but they always get pushed to the bottom of the list, or forgotten in favour of another project. 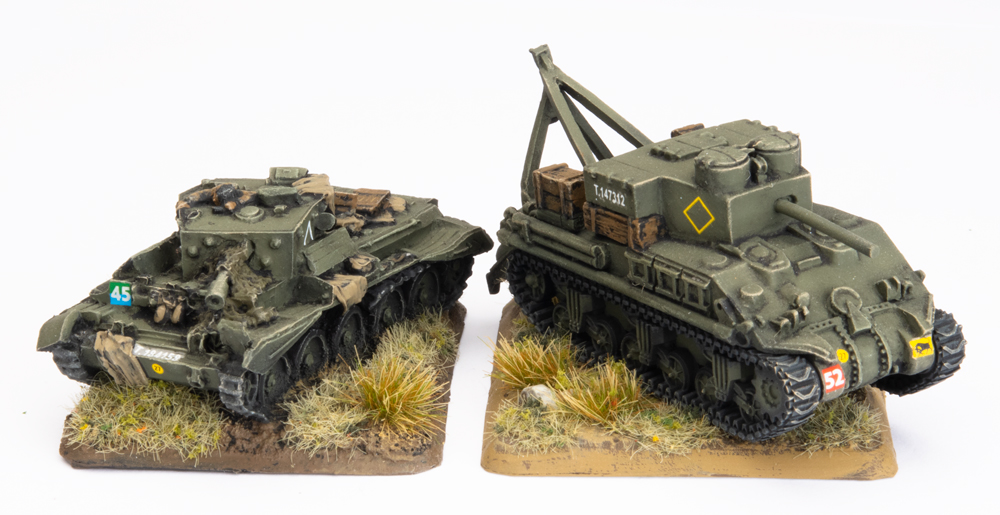 So, what is in store for next year? I am hoping to get some time over Christmas to work on a few projects including a little Big Four Of Late War action. In a perfect world I would get my 3” Mortars, Vickers HMGs, 6-pdr AT guns, Bofors AA guns and a second Motor Platoon finished. The reality of it is I think this might be a little too hopeful, but I do love a good stretch goal! I’ll update you in the new year on my progress and with any luck I’ll convince Casey or Victor to take some photos of my completed Cromwells as I just realised there aren’t any images of these bad boys on the blog yet.

Thinking longer term next year means the release of the 2nd Late War British book and it is pretty safe to assume (if you have played one of the previous editions) that we are likely to see Comets (will be needing a Squadron of those!), Challengers (big guns = big yes from me!) and presumably  some other “late” British toys like Archers! Sounds like another big year on the brushes for me!

I hope you have enjoyed keeping up with our collective progress this year and ask you all to stay safe over the coming festive season. Catch you on the next Live Stream in 2021!